Today, Feathers UI beta.6 is now officially available on Haxelib. This is the latest of multiple preview builds that are planned before the first stable release in early 2022. Since we're in the beta stage, the core framework architecture has settled down, and breaking changes are much less likely to happen going forward. Developers who don't mind a few rough edges here and there should consider Feathers UI ready for starting development on new projects!

Feathers UI is an open source framework of graphical user interface (GUI) components for creative, cross-platform projects. Using the Haxe programming language, Feathers UI is built on OpenFL, a user-friendly library for rendering, input, networking, and more. Deploy native apps to iOS, Android, Windows, macOS, Linux, and even publish your project to the web — all using the same Haxe codebase.

Feathers UI continues to achieve each new milestone thanks the very generous support from the contributors on Github Sponsors, and everyone who backed the successful 2019 Feathers UI Kickstarter campaign. A big, enthusastic thank you to you all!

Let's take a look at some of the new features that are included with Feathers UI beta.6.

Want to see the transitions in action? Check out the new Transitions Story Explorer. 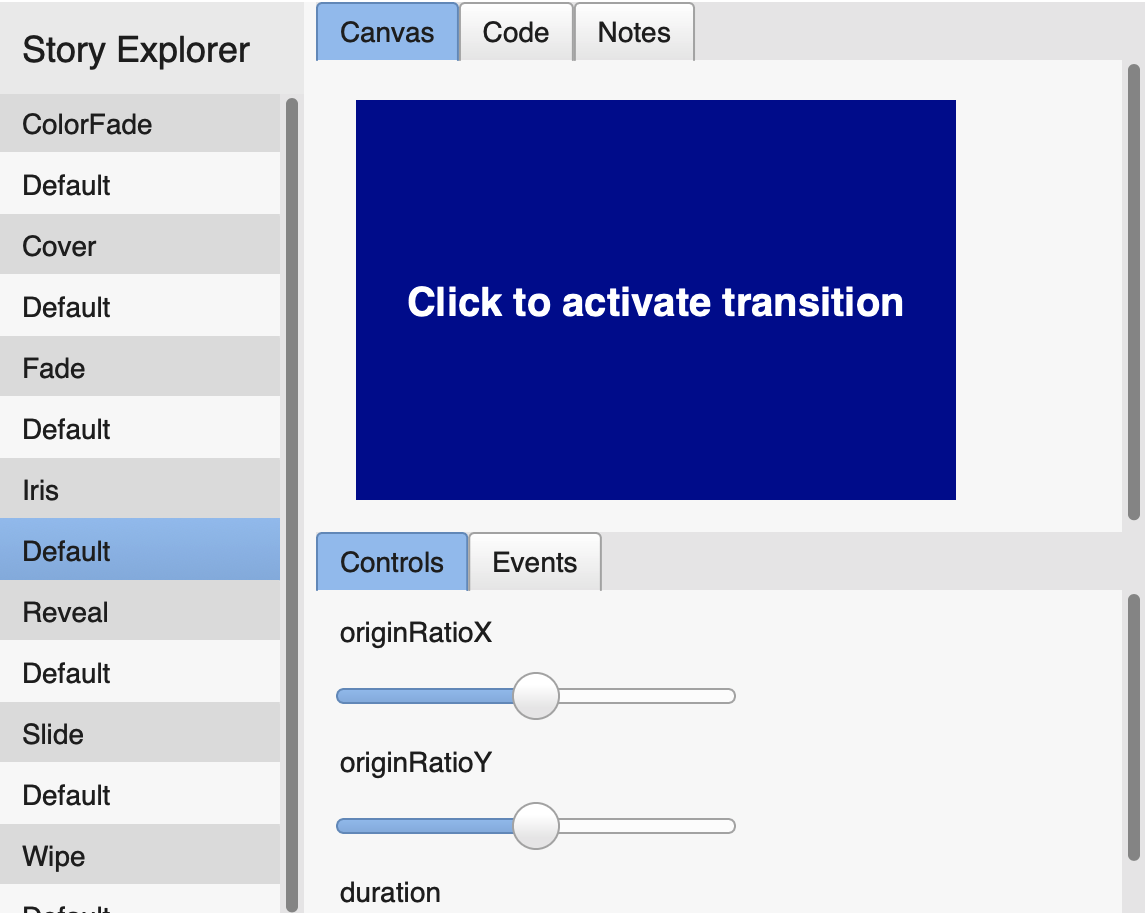 Each animated transition includes a number of configurable parameters, such as the duration in seconds, and the story explorer exposes controls for each transition so that you can play around with them.

This build also fixes several bugs, and it includes many new features too. Here's a few worth highlighting:

For complete details, check out the beta.6 CHANGELOG.

Feathers UI beta.6 may be installed using the haxelib install command in your terminal.

Want to help keep the lights on and servers running? Make a monthly (or one-time) contribution on Github Sponsors.

I've created an official beta.6 discussion thread in the community forums. Head over there to leave a comment!