Today, Feathers UI alpha.2 is now officially available on Haxelib. This is the second of multiple preview builds that are planned for 2020. These preview builds are intended to give the community an opportunity to see how development of Feathers UI is progressing — and to give everyone a chance to start prototyping some cool, new projects!

🚨 Please note that this version of Feathers UI is considered to be alpha quality. Many of the planned UI components and features are still missing, and some APIs are likely to change in future builds. Use in production is not yet recommended.

Let's take a look at some of the new UI components and features that are included with Feathers UI alpha.2.

The new CLI interface makes it possible to create a new Feathers UI project from your terminal in a single command.

The command above creates a new project in a folder named HelloWorld using a simple template that includes an OpenFL project.xml file, a main class that extends Application, and a default icon.

Additionally, if you add the --vscode flag, it will create supporting configuration files for Visual Studio Code, and you can easily open your project from the command line.

A proper list view UI component needs to be able to display thousands or millions of items without requiring a ridiculous amount of memory or maxing out the CPU.

Typically, this means that a small subset of the items from its data provider are rendered at any given time, and as the list view scrolls, some items are no longer rendered and new ones take their place. This is known as layout virtualization.

Many people navigate through user interfaces without a mouse or touchscreen. They might be power users, they may have limited motor function, or maybe they're using a game controller or a TV remote control. It's important for many apps to have the option available to navigate between UI controls without using some kind of pointer.

The alpha.2 build includes a new focus manager that supports navigation with Tab and Shift+Tab. In a future update, the default focus manager will also support directional pads (D-pads) on game controllers and TV remote controls. 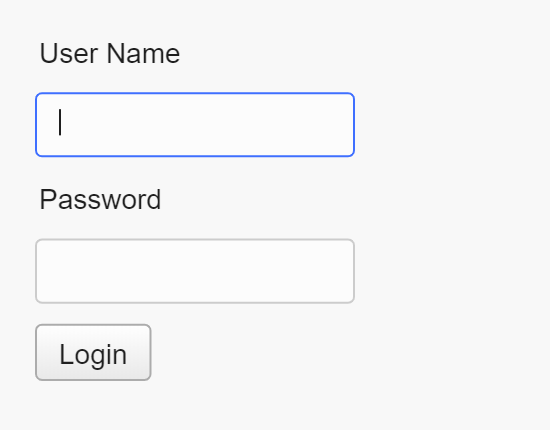 Loading up the new Login Form sample is an easy way to try out using the tab key to navigate between UI components in a simple form.

Additionally, it's worth mentioning that I also made several commits upstream to OpenFL to improve keyboard focus management for all OpenFL projects — not just those that use the Feathers UI focus manager. Those enhancements will be available in an upcoming update to OpenFL.