Today, for very the first time, Feathers UI may be installed from Haxelib. This is the first of multiple preview builds that are planned for 2020. These preview builds are intended to give the community an opportunity to see how development of Feathers UI is progressing — and to give everyone a chance to start prototyping!

🚨 Please note that this version of Feathers UI is considered to be alpha quality. Many of the planned UI components and features are still missing, and some APIs are likely to change in future builds. It is not ready for production yet.

Feathers UI has reached this first big milestone thanks the very generous support of all of the backers from the Feathers UI Kickstarter campaign, which completed successfully in the summer of 2019. A big, enthusastic thank you to everyone who has supported the project, whether you are a backer, shared the Kickstarter with your friends on social media, or simply encouraged me (Josh) to keep it up!

Let's take a look at a few of the samples that are included with Feathers UI. Each one includes a live web demo that you can try out in your browser.

The calculator sample demonstrates how to build a simple app, which uses the Application, LayoutGroup, Button and Label components. This sample also includes a simple custom theme that changes the appearance of the app's components to look different from the default styles. 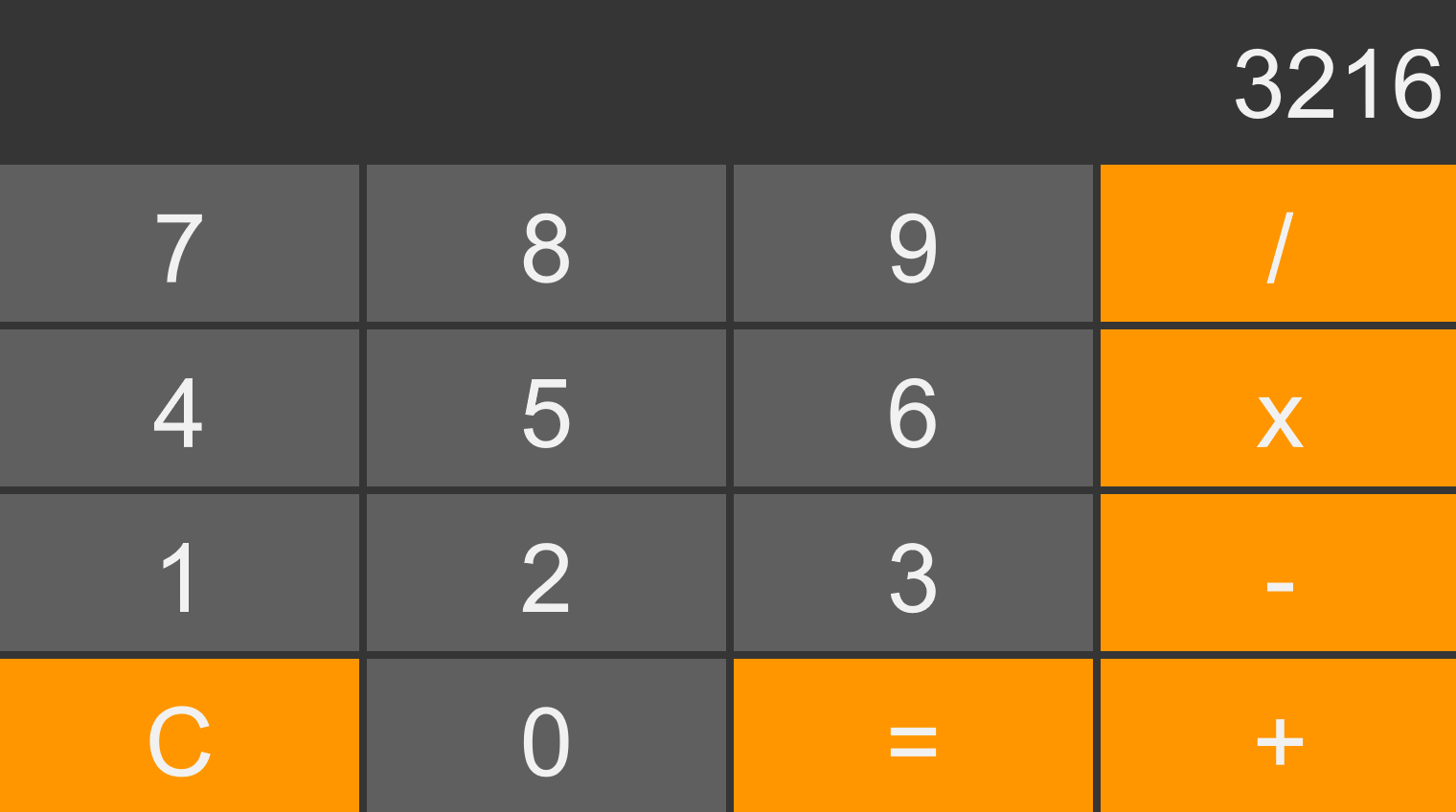 The components-explorer sample includes a basic demo of every component currently supported by Feathers UI.

It also shows how Feathers UI may be used to build single-page apps with deep linking. This sample uses the RouterNavigator component, which integrates with the HTML History API so that each view has its own custom URL. As you navigate through the app, watch as your browser's current location updates automatically.

Finally, as you can see in the screenshot below, this sample shows how the default styles in Feathers UI support both light and dark modes.

The horizontal-layout-percentage-sizing sample demonstrates how layouts included with Feathers UI allow components to be sized using a percentage of their parent container's size. (Project on Github)

The list-view-data-provider-collection-sorting sample demonstrates how data collections displayed by components like ListView support real-time changes to their sorting. (Project on Github)

Be sure to take a look at the complete installation instructions for details about installing required dependencies, along with links to step-by-step tutorials for setting up your editor or IDE.

Everyone, I just want to say thank you again for your support. I'm looking forward to hearing what you think of the new Feathers UI so far. If you create anything with this build — even a simple prototype — I'd love it if you could share your experiences (and maybe a screenshot!).